Make the Most of Summer in Chicago 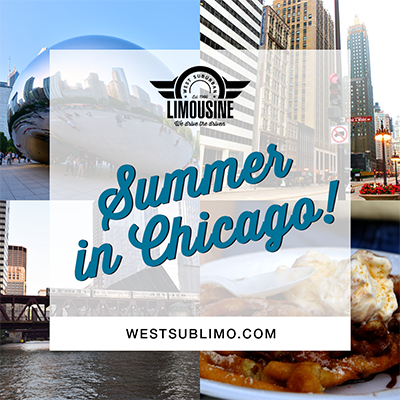 The end of summer in Chicago is when so many of the big events take place. While you never know what the weather is going to bring, you can always count on having a good time, especially if you book WSL for your transportation to and from the event.

Driving yourself and your posse to Chicago from the suburbs when there’s so much going on can be a drag. The Hillside Strangler is likely in beast mode and the parking fees at big summer events in Chicago are over-the-top expensive.

Even if you just want to enjoy some alfresco dining at one Chicago’s famed eateries, the hassle of driving and parking can put a damper on the evening.

Be a Tourist in Your Own City

Don’t let the congested roadways stop you from taking advantage of all Chicago has to offer. Treat yourself to a ride with WSL service. Our drivers go to Chicago’s hot spots all the time. They know the best places to drop you off and pick you up to safely whisk you home.

Plus, you’ll arrive in style. WSL uses only late-model, luxury vehicles. Just tell us how many people are in your party, and we’ll pick the car, limo or mini-bus that ensures your group is comfortable.

So, get your tickets, make your dinner reservations, book the tour…then call WSL. We’ll make sure your memories of your summer events in Chicago are great!

Listed below are several of the extraordinary events taking place in Chicago, from food events, music festival, parades or more! Time to start planning your city getaway!