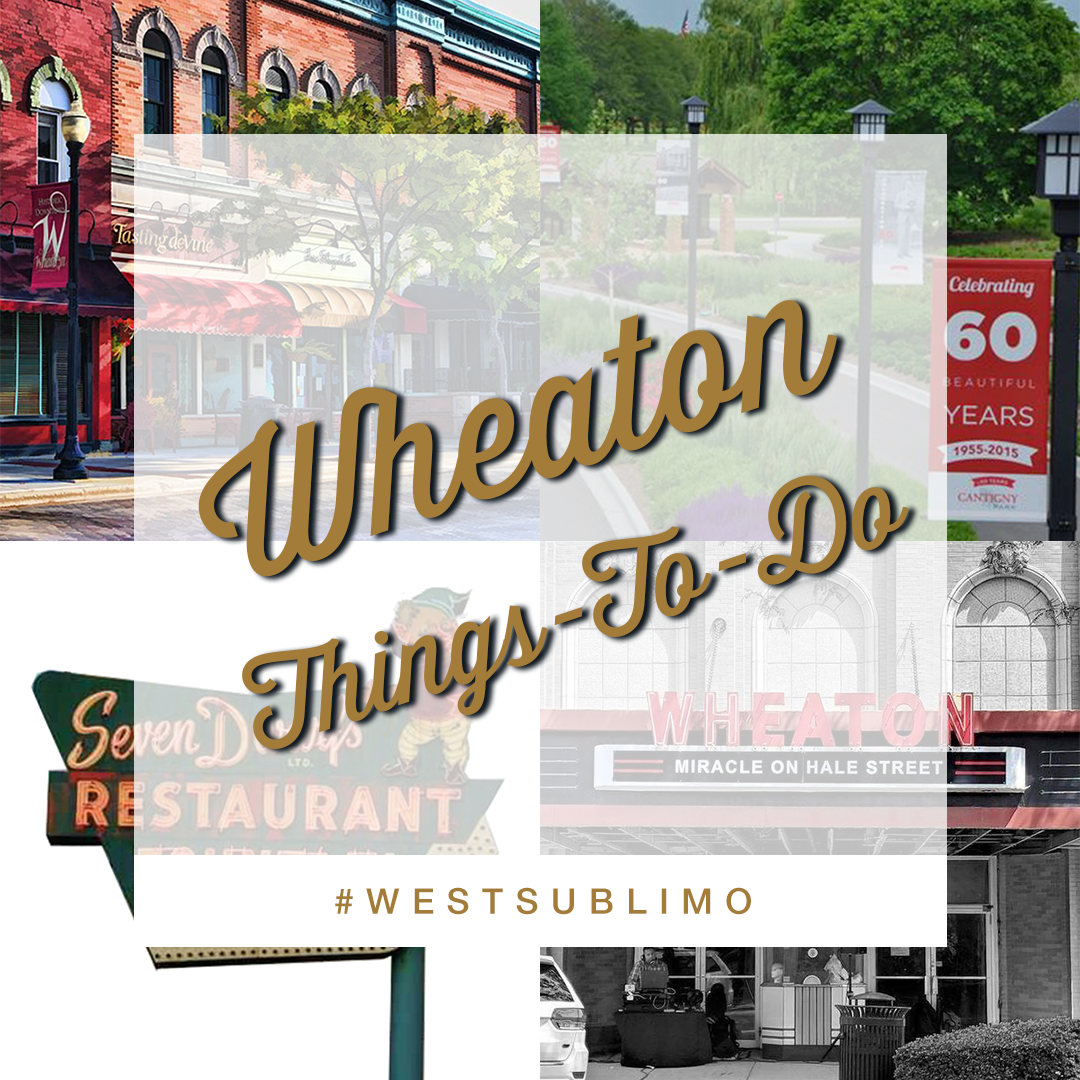 When’s the last time you spent some time in Wheaton?  There are so many fun things to do in Wheaton. The town with more than 50,000 residents is about 25 miles west of Chicago. It is home to Wheaton College, a private liberal arts college known for its education programs informed by Evangelical Christianity. The school is sometimes referred to as “The Harvard of Evangelical schools.”

Wheaton is listing among the “Top 25 Highest Earning Towns” in a CNNMoney report. The tony incomes support a vibrant downtown with several unique mom-and-pop and high-end restaurants near the intersection of Hale and Main Streets.

WSL provides Chicago suburbs limo service to a number of Wheaton residents. Our professional chauffeurs love to pass by the Danada Forest Preserve and the Illinois Prairie Path that runs through town on the way to pick up passengers.

Wheaton is a quick trip from other towns in the Western suburbs like Downers Grove, Glen Ellyn and Carol Stream.  In addition to exploring its restaurants and shops, check out this list of fun things to do in Wheaton: